Thousands of people attended funerals of five Russian nuclear engineers killed by an explosion as they tested a new rocket engine. The tragedy caused radiation fears and raised questions about a secretive weapons programme.

The engineers were laid to rest on Monday in Sarov, which hosts Russia’s main nuclear weapons research centre, where they worked.

Flags flew at half-staff in the city 370 kilometers east of capital Moscow that has been a base for Russia’s nuclear weapons programme since the late 1940s. The coffins were displayed at Sarov’s main square before being driven to a cemetery.

Russia’s defence ministry initially reported that the explosion at the navy’s testing range killed two people and injured six others. But later, the state-controlled Rosatom nuclear energy company said the blast also killed five of its workers and injured three others. The final toll remains unknown.

Local authorities said that there was a brief spike in radiation levels after the explosion, but said it did not pose any health hazards. Spooked residents rushed to buy iodide, which can help limit the damage from exposure to radiation.

Following the explosion, Russian authorities closed part of Dvina Bay on the White Sea to shipping for a month, in what could be an attempt to prevent outsiders from seeing an operation to recover the missile debris. 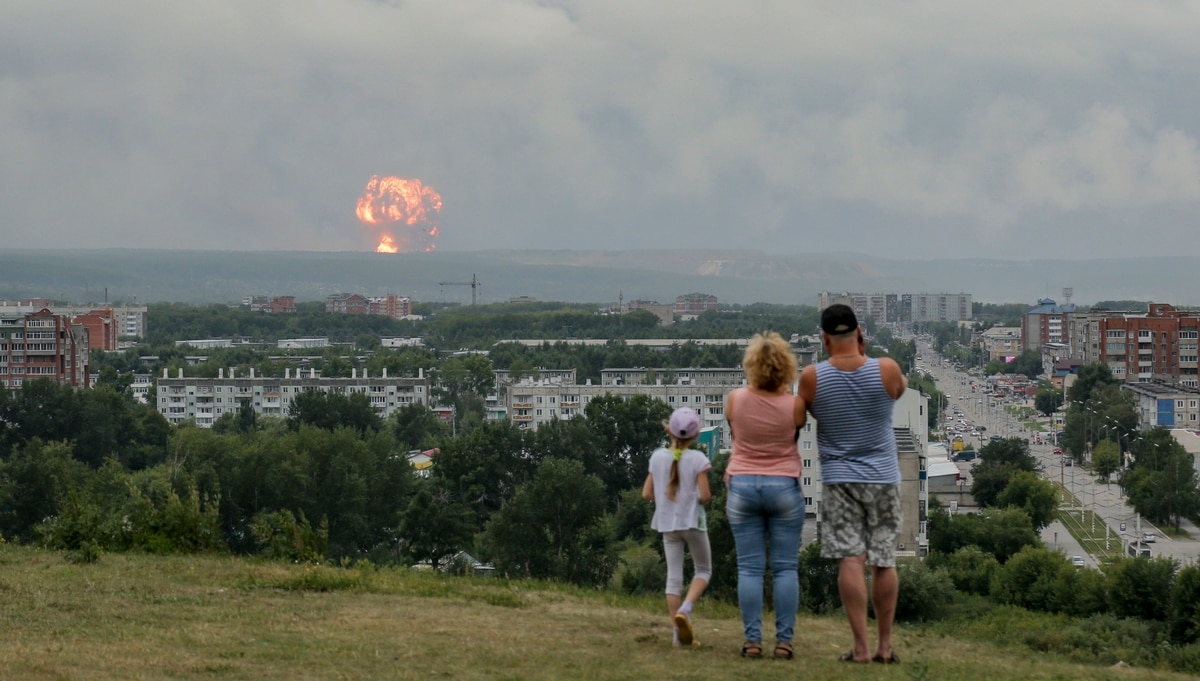