Five people were killed after an helicopter and an ultralight plane collided in mid-air in Spanish island of Mallorca.

The crash took place near Inca, in the north of the popular tourist island off the coast of mainland Spain. Spanish media report that at least three passengers were travelling together in the helicopter.One of the victims is understood to have been below the age of 18.

The other two deceased are believed to have been flying in the ultralight, a type of small aircraft with a maximum of two seats.

The government of the Balearic islands confirmed about at least five deaths.

Regional President Francina Armengol said emergency teams were working on the scene and one of the regional government’s ministers had been dispatched.

Local newspaper Diario De Mallorca said the collision happened in the air over the Inca Hospital at about 13:36 local time (12:36 GMT). Emergency teams were trying to determine if two other potential victims were on board at the time.

Local fire service showed wreckage from the aircraft in the town. The tail section of one landed in the road, while another photo showed twisted and blackened metal on fire in a garden. 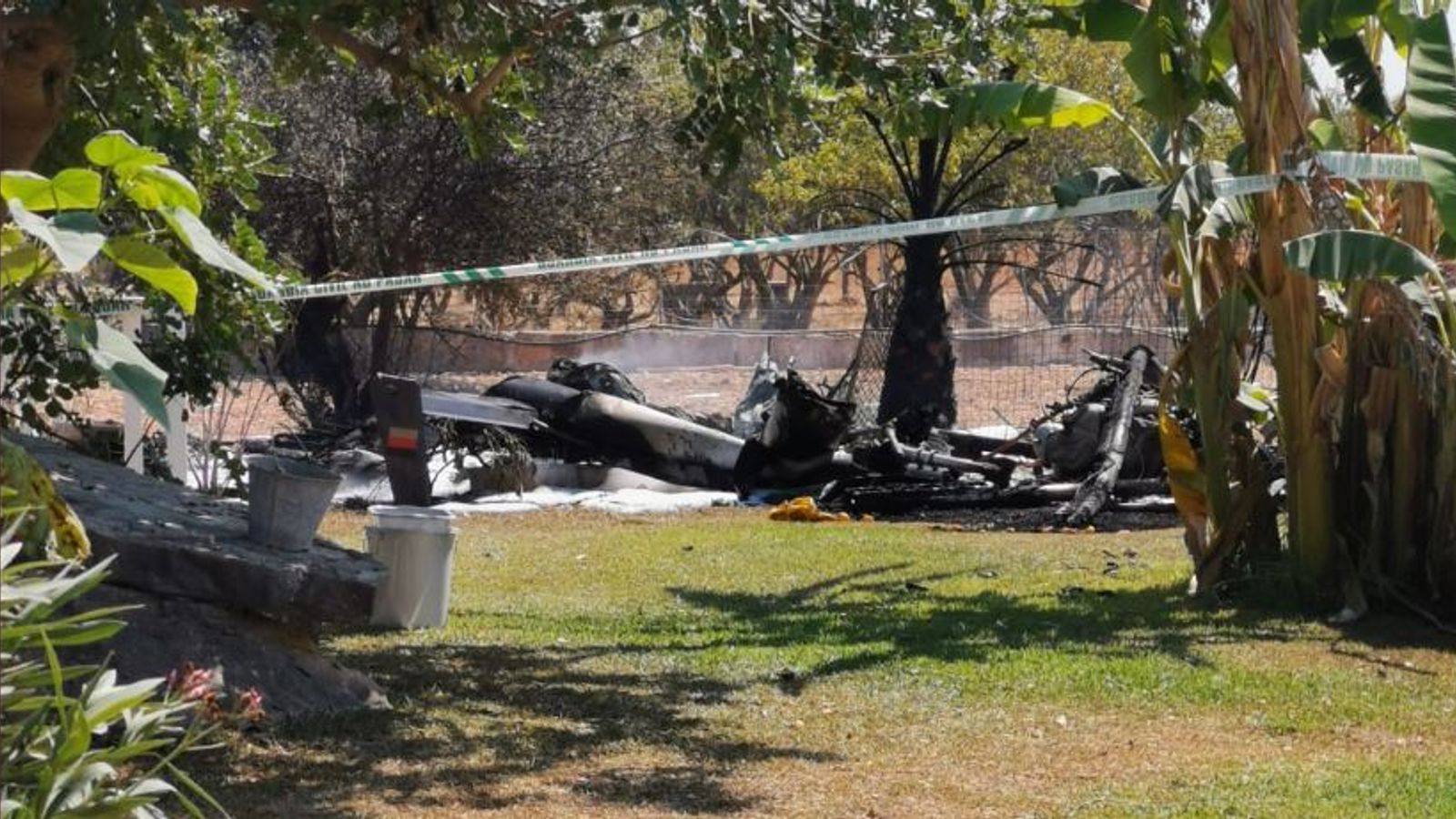